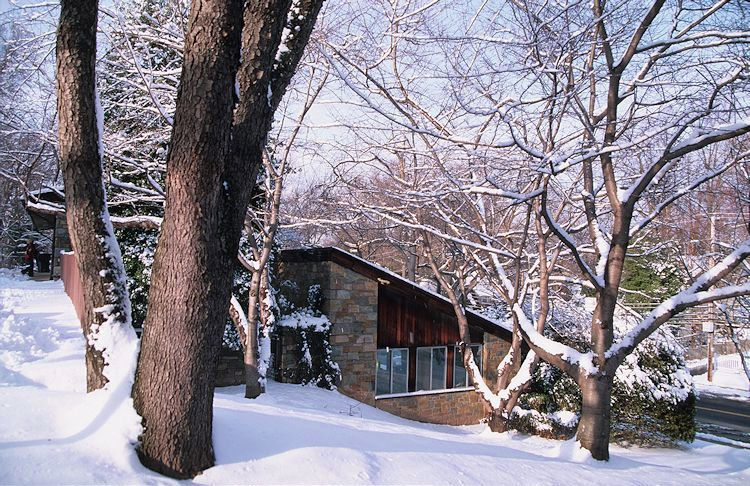 Should Cherrydale Library Be Closed? The Discussion in 1998

The County's Department of Libraries proposed closing Cherrydale Library among its Green Rods.

The argument in favor of closing Cherrydale Library appeared in detail in a report by the Arlington County Fiscal Affairs Advisory Commission (FAAC), March 2, 1998.

ACTA, on page 7 of its newsletter published on April 2, 1998, praised the work of the FAAC, citing the Commission's report on the Department of Libraries as the most thoughtful "without a doubt" of all of FAAC's budget studies. ACTA concluded its evaluation of FAAC's report on the Libraries Department with: "We accept the FAAC's recommendation (saving $549,000) with enthusiasm."

The County Board received thousands of cards and letters during February-April 1998 urging that the library be kept open. Two such letters--one from Greg Embree on March 16, 1998 and a second from Marvin Cohen on April 5, 1998--addressed the arguments for closing Cherrydale Library contained in the FAAC report. Ultimately, the County Board decided to keep Cherrydale Library open.

On May 27, 1998, Ann Friedman, Director of the Department of Libraries, made the following points in response to inquiries from Marvin Cohen and Greg Embree during their meeting with her and Jayne McQuade, the head librarian at Central Library.

1. Ann Friedman said she put Cherrydale Library on the budgetary chopping block in February 1998 in response to the County Board's requirement that each Department earmark programs that it would cut if a hypothetical 5-percent budget cut were imposed. She made no guarantee that she would never be compelled to put Cherrydale Library in jeopardy again. She recommended that we check the County's budgetary guidelines when they appear in October.

2. The Cherrydale Library building is being maintained and will continue to be maintained on the same schedule as every other County capital investment. There is no County plan to let the building deteriorate and then close the Library because of the decrepitude of the building.

3. There are no plans "at this time" to close or move Cherrydale Library or to combine it with any other library. Cherrydale Library is used sufficiently and is important enough to the community to warrant preserving it. "It would not hurt," however, for citizens to use it more.

4. A major renovation of Cherrydale Library is a long term goal, but this will not be done until 2001 or 2002 at the earliest, and possibly not even by 2004, depending on other priorities of the Libraries Department. These longterm plans for Cherrydale Library tentatively envision such things as new furniture, a safer configuration to the stairs, handicapped accessibility (required by any capital improvement exceeding $50,000), expanding space for the children's collection, and the transfer of much of the Library's reference collection to space-saving CD-ROMs. The guiding document [which is at Cherrydale Libary and available for checkout] is "Vision 2020: A Facilities Plan for Four Arlington County Departments, December 22, 1995."

5. In the meantime, Ms. Friedman said she could look into the possibility of glassing in the balcony at Cherrydale Library so that meetings in the balcony could take place without disturbing patrons down below. She cautioned that oftentimes such a modification complicates the heating, ventilation, and air-conditioning system and may therefore be unfeasible. [Since this meeting, some members of Citizens for Cherrydale Library have considered the possible option of installing Japanese-style sliding wooden panels that could be closed during meetings on the balcony and opened at all other times.]

[The budget process during February-April 1998] left several traditional sacred cows, most notably community libraries, on the public chopping block for too long, even though board members had no intention of closing any libraries.

"I understand it left some people out there worrying about some things they didn't need to worry about and I didn't like that," [County Board Chairman Chris] Zimmerman conceded.

... Zimmerman said county staff has been instructed not to include any obviously untouchable items (he calls them Washington Monuments) in future budget proposals.

"I expect not to see those kinds of ideas next year," he said.

_______________________________
This site is maintained by Citizens for Cherrydale Library, a grassroots group seeking since 1998 to promote and preserve our most important neighborhood institution. Contact us at suza1@comcast.net with any questions or comments.